​Jenny Mathers is currently the Director of Music at Korowa Anglican Girls’ School, Glen Iris,
Melbourne, having been privileged to work at a number of Melbourne’s leading schools in both the government and non-government sectors during her long music teaching career. She has enjoyed many forms of music making including playing the clarinet (L.Mus.A), accompanying students on the piano (A.Mus.A) and singing (AMus.A) in choirs.

Jenny has felt very blessed to have been able to study conducting throughout her career. A series of Summer Schools for ABODA (Australian Band and Orchestral Director’s Association), ACCET (Australian Choral Conductors Education and Training) and ANCA (Australian National Choral Association) led to studying at the Florida State University in 1997. This Masters of Education, majoring in Choral Conducting, saw her immersed in training with both the legendary Professor Rodney Eichenberger and Dr Andre Thomas, and this year of study was undeniably life-changing. Jenny continues to teach choral conducting each year at the ACCET Summer School, and is a member of this committee, as well as currently serving as the Secretary of the Victorian/Tasmanian branch of the ANCA Committee.

Her choral work is perhaps most notable in the twenty-two years spent performing in the largely ‘a cappella’ chamber choir Ensemble Gombert, of which she was a founding member. However, over the years she has guest conducted many community choirs, including Chime Choir, under the leadership of both Jayne Turner and Marten Visser. As Associate Musical Director, Jenny wrote that “she loves working with Chime and enjoys their incredible musicianship, work ethic and also their relational approach”. It was a logical step to apply for the role of Principal Artistic Director. Whilst mindful of the wonderful legacy left by all of the previous conductors, she is excited to have been given the opportunity to keep striving for excellence. 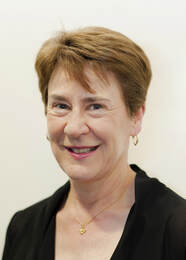 Coral holds both Bachelor and Master Degrees in Music, a Graduate Diploma of Education from the University of Melbourne, and also a Bachelor of Educational Studies from Monash University. Coral is the Head of Music at Haileybury College, Berwick.

Coral accompanies the choir on the piano at rehearsals and during performances, both in Melbourne and on tour. She has an inexhaustible passion for choral accompanying; relishing the challenge of supporting the choristers and developing an artistic collaboration with conductors.  Having worked with the Chime Choir for more than twenty years, and Marten Visser for over 8 years, the mental telepathy between conductor and accompanist is essentially flawless! That same precision is evident in Coral's collaboration with Jenny Mathers, developed over Jenny's many sessions as Chime conductor.  Coral's marvelous touch on the keyboard, and keen understanding of the Director’s methods enable her to assist the choir tremendously in learning new music, and in interpreting established repertoire.

During her long and happy association with Chime, Coral has been fortunate to travel with the choir as Accompanist to Switzerland, Austria, Germany, Italy, England and Scotland, United States. 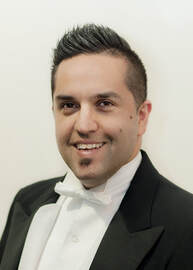 Marten is currently the Director of Music at St Margaret's and Berwick Grammar School, a leading school for Choral Music and Music Education. Previously, he was the Leader of Performing Arts and Head of Vocal and Choral Studies at Wantirna College, Melbourne.

Marten took over the Artistic Direction of Chime Choir in 2012, after a brief stint as Assistant Artistic Director under Jayne Turner. After many influential years as Chime's musical leader, Marten has recently stepped down as Principal Artistic Director but looks forward to maintaining his close association with Chime and assisting the choir's continuing development.